According to reports, music mogul DAMON DASH has been handed divorce papers from his wife, fashion designer RACHEL ROY. Roy filed a divorce suit in New York’s Manhattan Supreme Court earlier this month, signaling the end of her marriage to the Roc-A-Fella Records co-founder, who she married in Mexico in January 2005.

And it seems Roy, who launched her own women’s fashion line with her husband’s backing, is aware of the hip-hop executive’s financial woes as the divorce is for “non monetary relief”, according to an electronic record of the case obtained by the New York Daily News. Continue Reading »

Andy Hallett, who starred as Lorne ("the Host") on the TV series Angel, died of heart failure last night at age 33, according to his longtime agent and friend Pat Brady. The actor passed away at Cedars-Sinai Hospital in Los Angeles after a five-year battle with heart disease, with his father Dave Hallett by his side.

Hallett, from the Cape Cod village of Osterville, Mass., appeared on more than 70 episodes of the Buffy the Vampire Slayer spinoff, Angel, between 2000 and 2004. The accomplished actor was also a musician and sang two songs ("Lady Marmalade" and "It’s Not Easy Being Green") on the Angel: Live Fast, Die Never soundtrack, released in 2005.

The actor’s character on Angel was Krevlornswath of the Deathwok Clan, or Lorne for short. Hallett’s Lorne was a friendly demon, who,
when not assisting Angel and his team in the investigation of various and sundry underworld mysteries, served as the host and headliner at a demon bar.

Back in 2001, Hallett told our own Jen Godwin that despite constant flirtation with David Boreanaz’ character Angel, and the occasional sly Elton John reference, "We don’t really know if he’s gay. I don’t really know. It’s funny, because sometimes he’s right in Angel’s face, and that’s when I feel it the most. And viewers would probably think, hmm, what’s going on here? This guy’s pretty curvy."

Hallett has spent his post-Angel years working on his music career, playing shows around the country. He had been admitted to the hospital three or four times in the past few years for his heart condition, according to Pat.

Another Angel castmember, Glenn Quinn, who played Doyle in season one, passed away in 2002.

A private funeral service will be held for family and close friends in Cape Cod, most likely over this weekend.
Alycat

Fantasy Ride also introduces Ciara’s comic book character, “Super C”. Ciara said that Super C is a character she becomes when she performs onstage and in her music videos. The Super C character is set to become a major factor in Fantasy Ride promotion. She is a futuristic superhero-esque Ciara, based on the robotic character Ciara portrayed in the “Go Girl” music video.”
KEY9481

Right On Mag: One of the most memorable moments during the 2008 BET Awards was your dance with Chris Brown. Not only were you flexible but you were fearless.

Ciara: When I'm performing, I'm just having fun, letting go and not even trying to think too much about what's going on. I know that I am here to perform and it's time to rock it.
You become another person. Another person inside of me totally surfaces when it comes to performing - Ciara, buh-bye, alright Super C. Super C is a character that people will learn more about on this record.

Right On Mag: So that is your alter ego?

Ciara: That is my alter ego. Super C doesn't hold back. She is definitely aggressive. She goes hard. Super C can do some magical and funky things. She works hard. She dances to the tenth power. She does everything to the tenth power.
It's funny, I haven't quite gotten her together but I need to have her (laughs). She can be a cartoon character or a superhero. There are so many things that you'll get from Super C and that's what is fun about Fantasy Ride

Fantasy Ride also introduces Ciara’s comic book character, “Super C”. Ciara said that Super C is a character she becomes when she performs onstage and in her music videos. The Super C character is set to become a major factor in Fantasy Ride promotion. She is a futuristic superhero-esque Ciara, based on the robotic character Ciara portrayed in the “Go Girl” music video.” 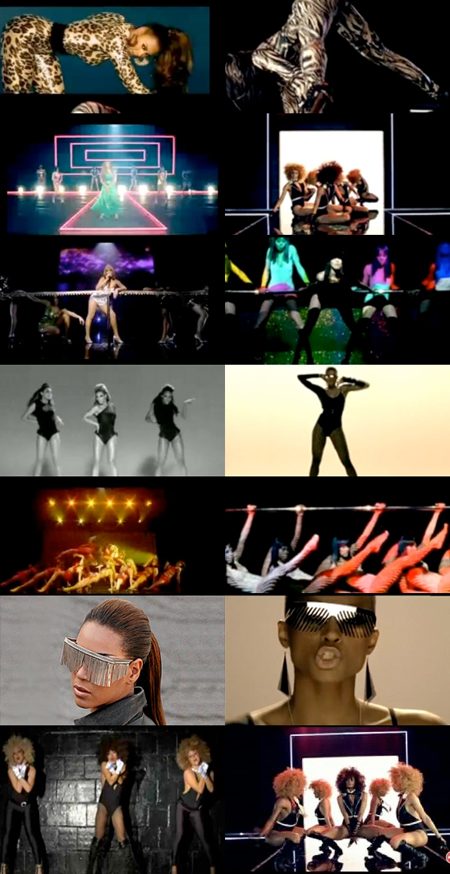